Simon Alsing Busk (1985) grew up in the small village Egtved in Jutland: He started playing music at a very early age. He got his first drum kit when he was 6 years old – and after some years trying out and playing many different instruments – he realized that he was most fond of playing (all sorts of) percussion.

He did not play folk music untill relatively late, but when he irst tried playing folkmusic – he found great inspiration for his playing. He is able to put new colours to the music – and at the same time he has got a very steady drive. 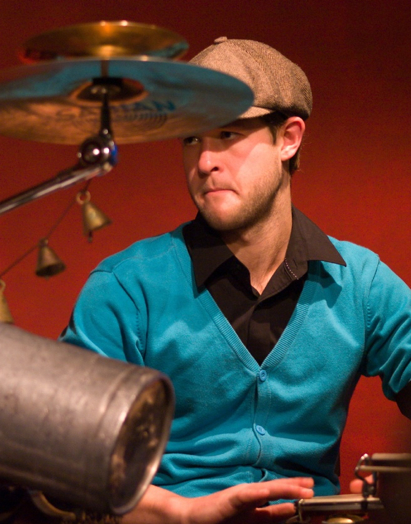